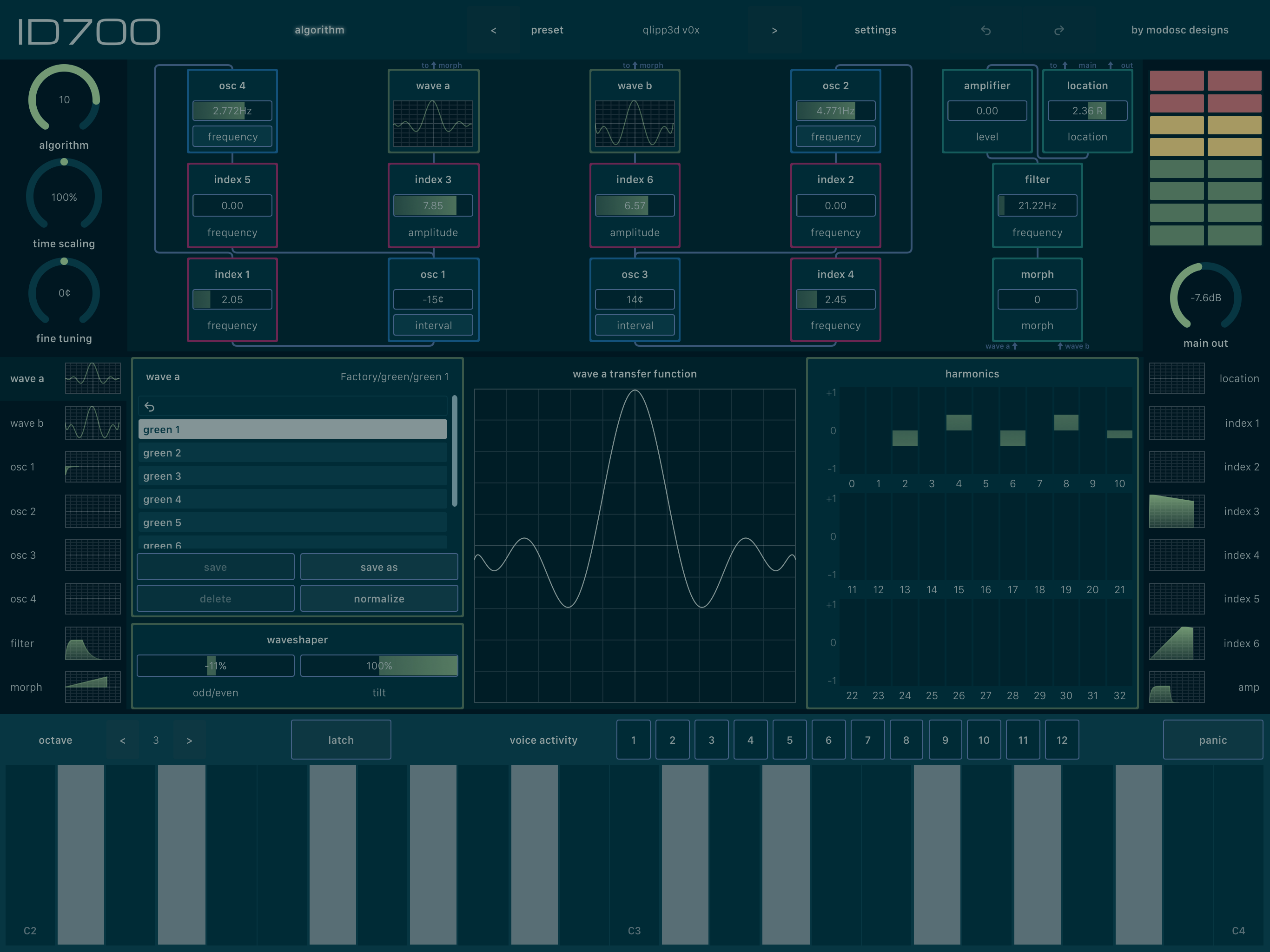 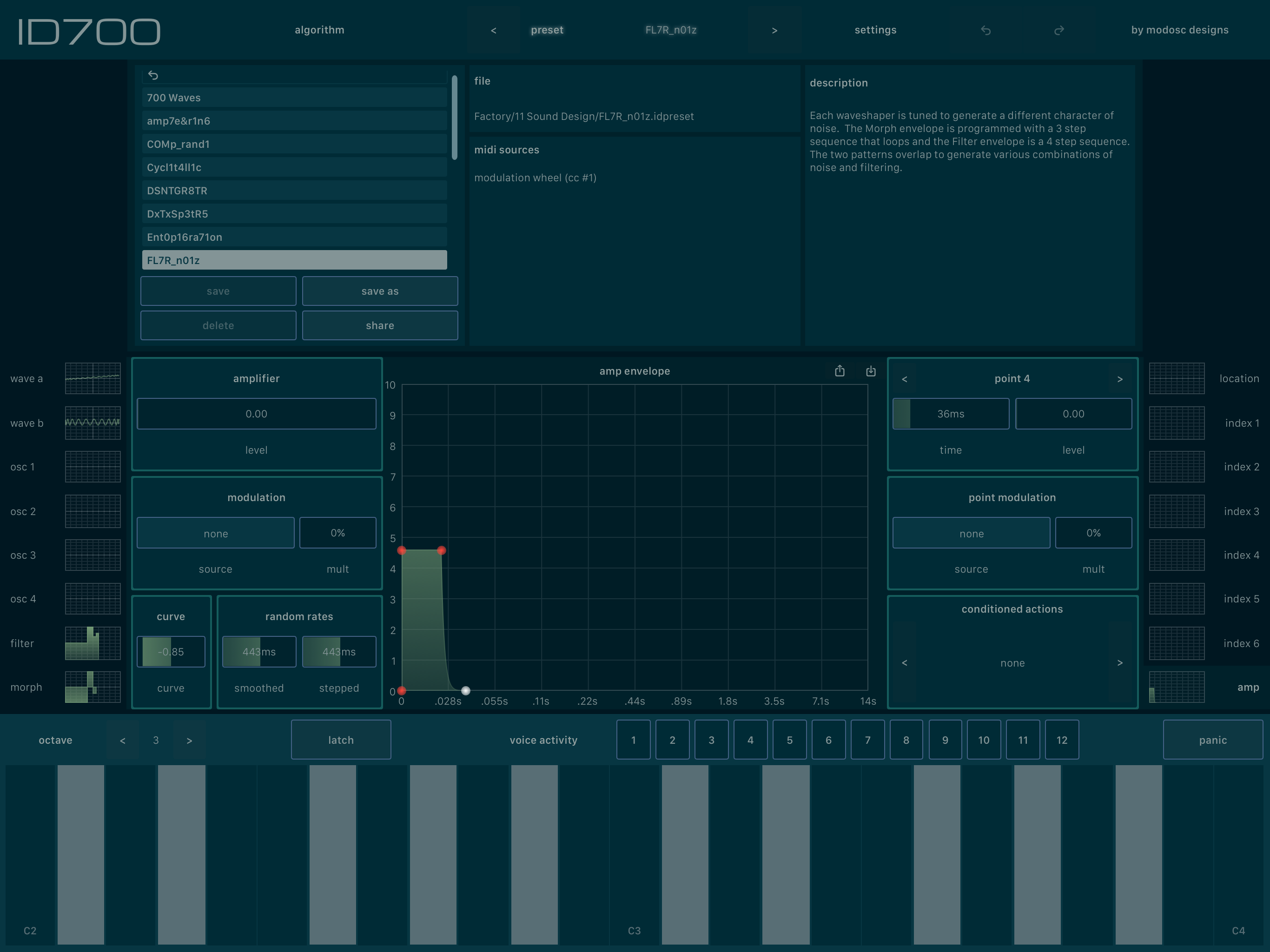 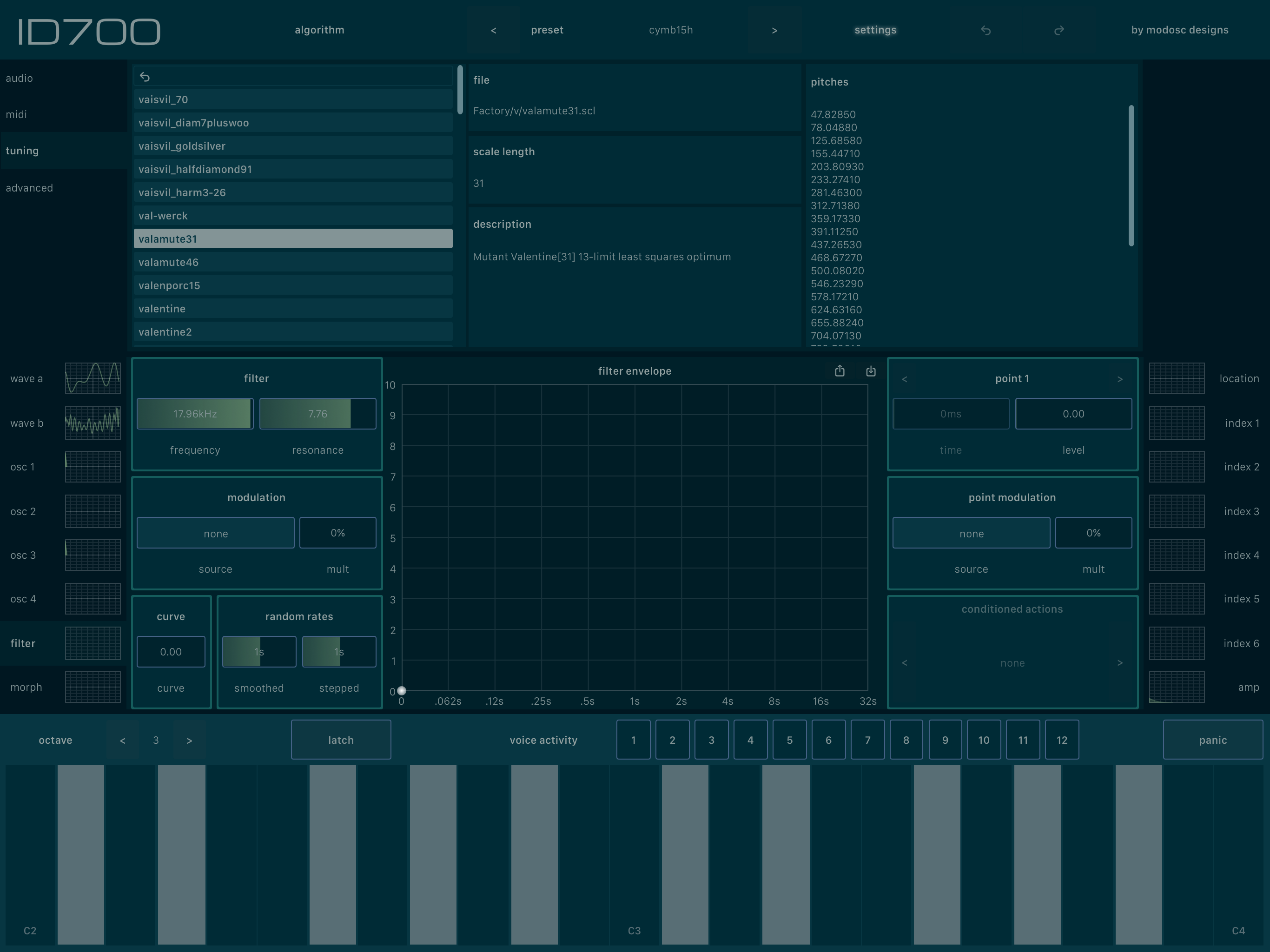 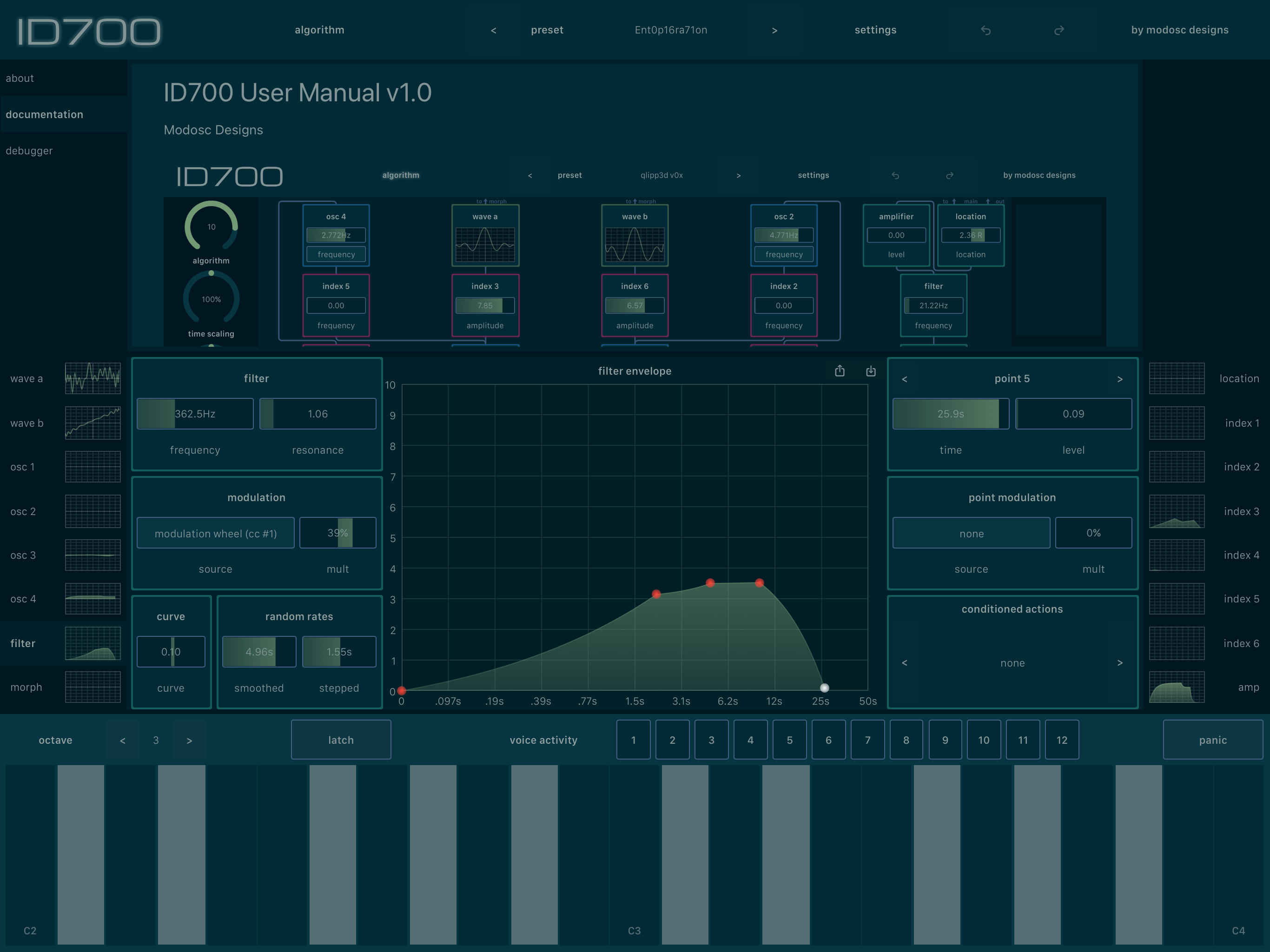 ID700 is a polyphonic software synthesizer based on the voice architecture of the Buchla 700. Sound generation is achieved primarily via FM synthesis and waveshaping.

In 1987 Don Buchla released the Buchla 700 synthesizer. It was the next logical step from Don's previous digital synths (the Buchla 400, Touché, Buchla 500) but was also influenced by the synth trends of the 1980's, specifically FM synthesis and the all-in-one workstation concept. As usual, Don was ahead of the curve and the 700 never took off. Very few were sold and even fewer functioning units exist today. I always loved the sound of Don's digital oscillators, and combined with the scarcity of the instrument it seemed like a fun project to recreate it in software and reintroduce its concepts to the world.